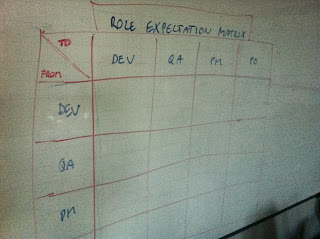 4.      Group conversation for the whole matrix. I recommend selecting one “from” role (a matrix vertical line) and then each person reads his/her expectation notes for that role. Then repeat for all roles.
Below is a sample sequence of photos for a new team that used this activity. 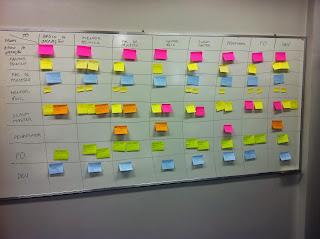 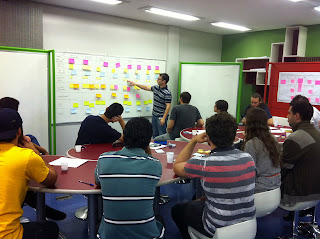 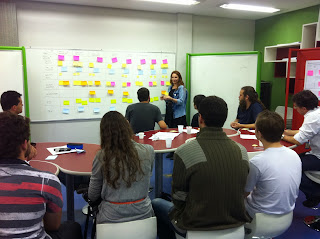 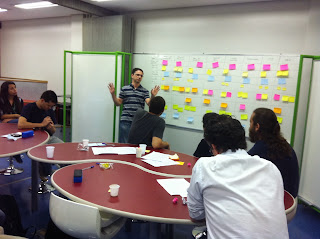 The Role Expectations Matrix activity is inspired on the Give and take matrix form the ‘Gamestorming’ book by Dave Gray, Sunni Brown and James Macanufo.