The Delegation Map activity helps clarify the expectation and delegation level between two individuals or two groups (A and B). It is a team-building activity that lists and defines the delegation level for each specific aspect for their work agreement. 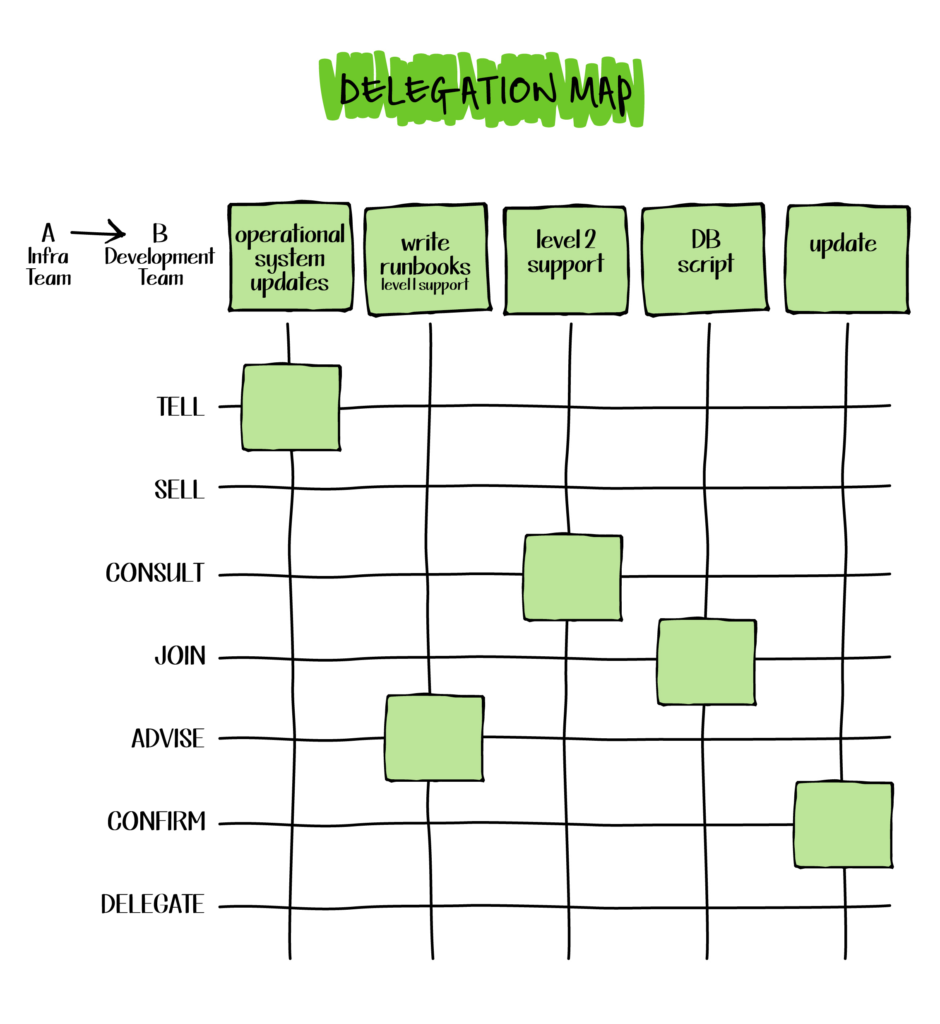 Delegation is much more than a “yes” or “no” question, it is about setting expectations. The results from this activity are a concrete, visible artifact that the team can refer to in the future. This activity is based on the seven levels of authority as defined by Jurgen Appelo, author of Management 3.0.

That Person & This Person

That Person & This Person

That Person & This Person is a team-building activity that fosters a conversation on being a team player. The...

Understanding the Group Knowledge is a team building activity that helps the team understand the group knowledge and abilities,...

Ground Rules help with team formation. The activity is especially useful for collectively deciding and writing down the team...