Human Rock-Paper-Scissors is a fun, quick energizer activity that can be used to get everyone moving and laughing. Many people are familiar with the classic hand game, rock-paper-scissors. This is a variation of the game, but requires people to get on their feet, move, and act as a team, rather than an individual. 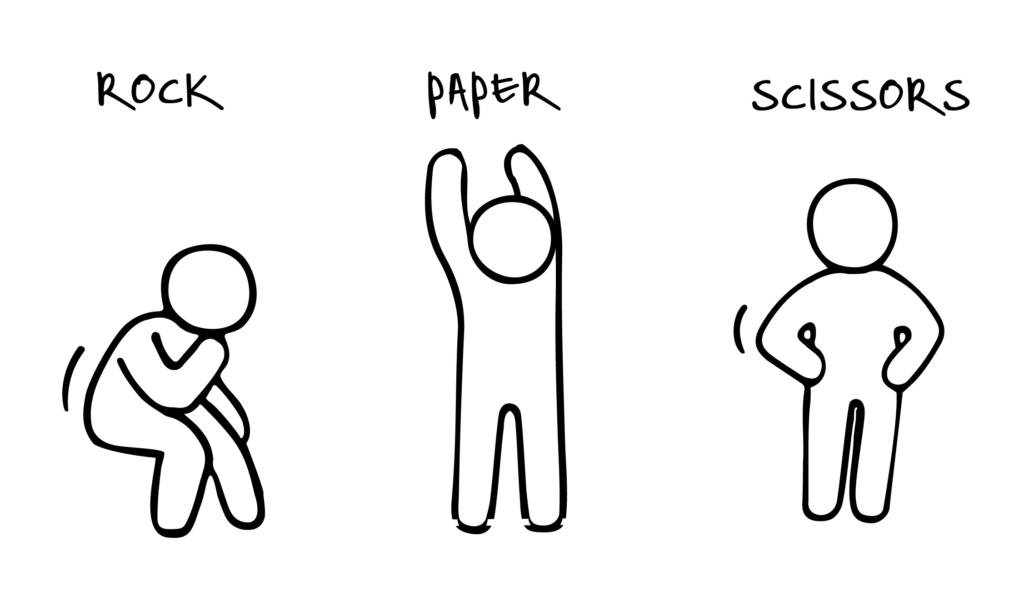 This activity is especially fun because it can be modified to many different themes and variations. Have you heard about the great Canadian variation: Cowboy, Bear, and Ninja? Ninja kills the cowboy; cowboy kills the bear; bear kills the ninja.

Remote-team advice: This activity works well for remote teams. Ask participants to open their video. Select three participants and ask them to play rock-paper-scissors with their hands after a countdown (“3, 2, 1, SHOOT!”). Consider doing a tournament (three participants at a time) where the winners go to the semi-finals or finals (depending on the team size).

Zip-Zap-Zoom is a good meeting starter, especially for new teams. It brings energy to the room and the activity...

Back to Back is a fun energetic activity with a strong and simple message about collaborative work, and the...

Punctual Paulo is a quick activity to help team members remember each other’s names. Running the activity: Ask the...