Known Issues is a focused retrospective activity for issues that are already known. It is very useful for situations in which the team (1) either knows their issues and wants to talk about the solutions, or (2) keeps on running out of time to talk about repetitive issues that are not the top voted ones. 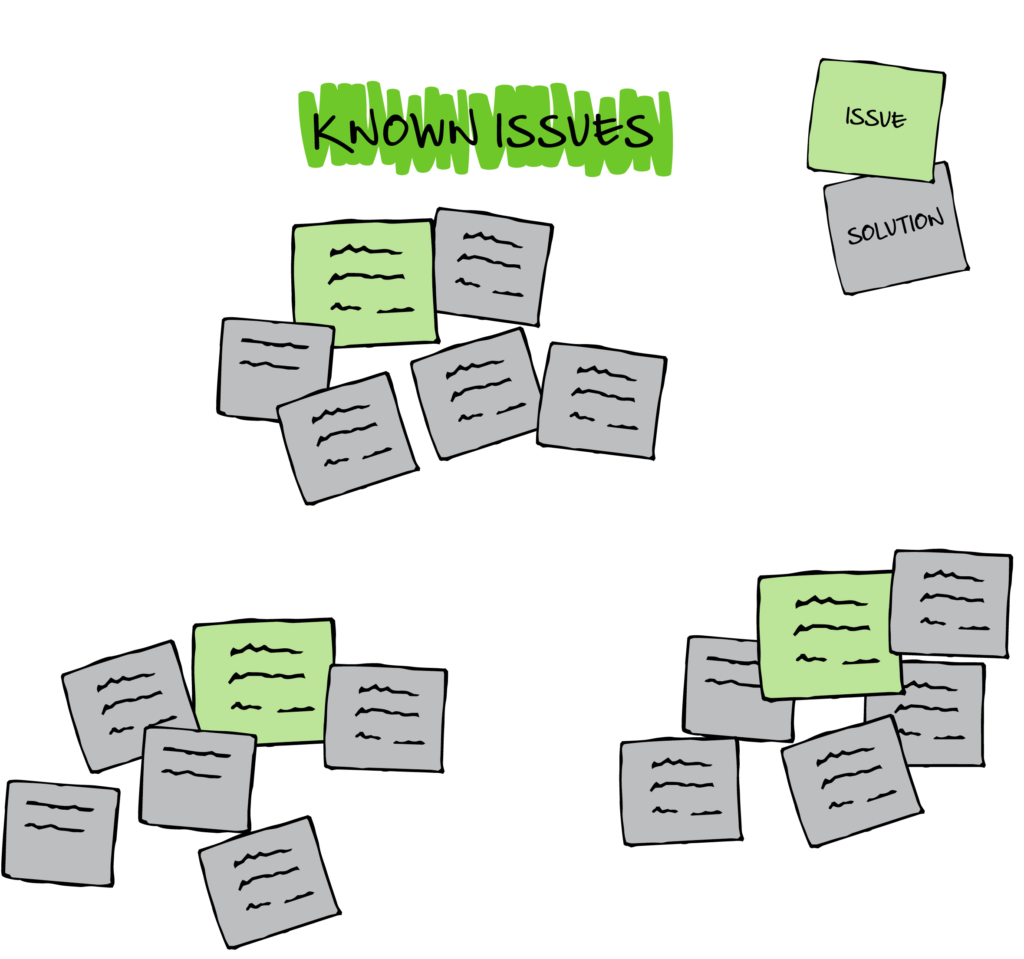 We recommends running this activity followed by the Who-What-When check-out activity. This activity is very effective for project rescue situations, in which the issues list is well known.

WWW is a great data gathering activity for retrospectives, guiding the discussion to team practices.   Running the activity:...

Peaks and Valleys Timeline provides a simple visual language for sharing individual views on the ups and downs for...

Thumbs up, thumbs down, new ideas and acknowledgement

Thumbs up, thumbs down, new ideas and acknowledgement

Thumbs Up, Thumbs Down, New Ideas and Acknowledgement is great for bringing up new ideas and for acknowledging people...