Lessons Learned is a great retrospective activity for analyzing an event or a period of time and looking at the data from the perspective of plan and success. 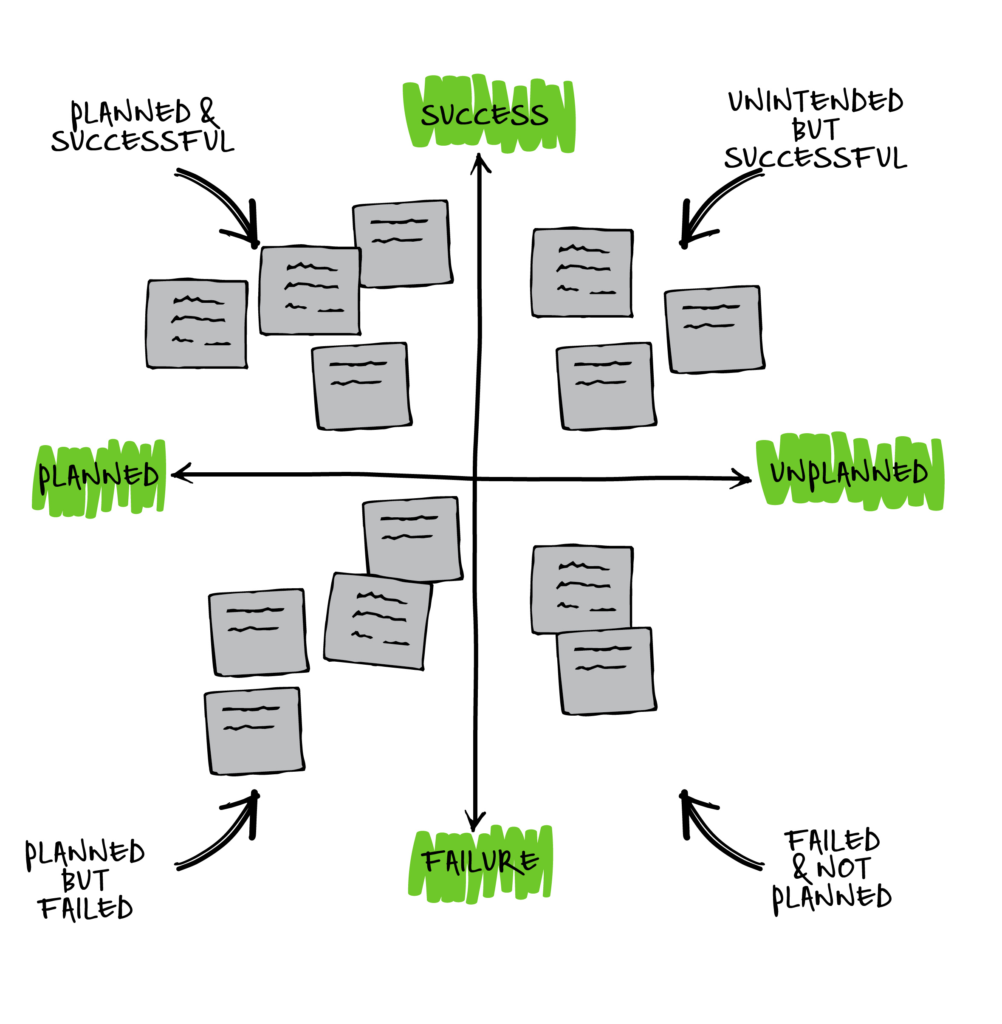 The final result depicts four quadrants: planned and successful; unintended and successful; planned but failed; and failed and not planned. The conversation about each of these quadrants brings visibility and areas for improvement, as well as a chance of recognizing what worked well (even if it was not planned!).

Peaks and Valleys Timeline provides a simple visual language for sharing individual views on the ups and downs for...

Repeat/Avoid is a simple and effective data-gathering activity. It is based on two very specific questions: What to repeat?...

Timeline Driven by Data is a great activity to get the team recollecting on events in a timeframe, with...