One Two Ping Four Pong is a short activity to start up a meeting in a good mood and get participants engaged. 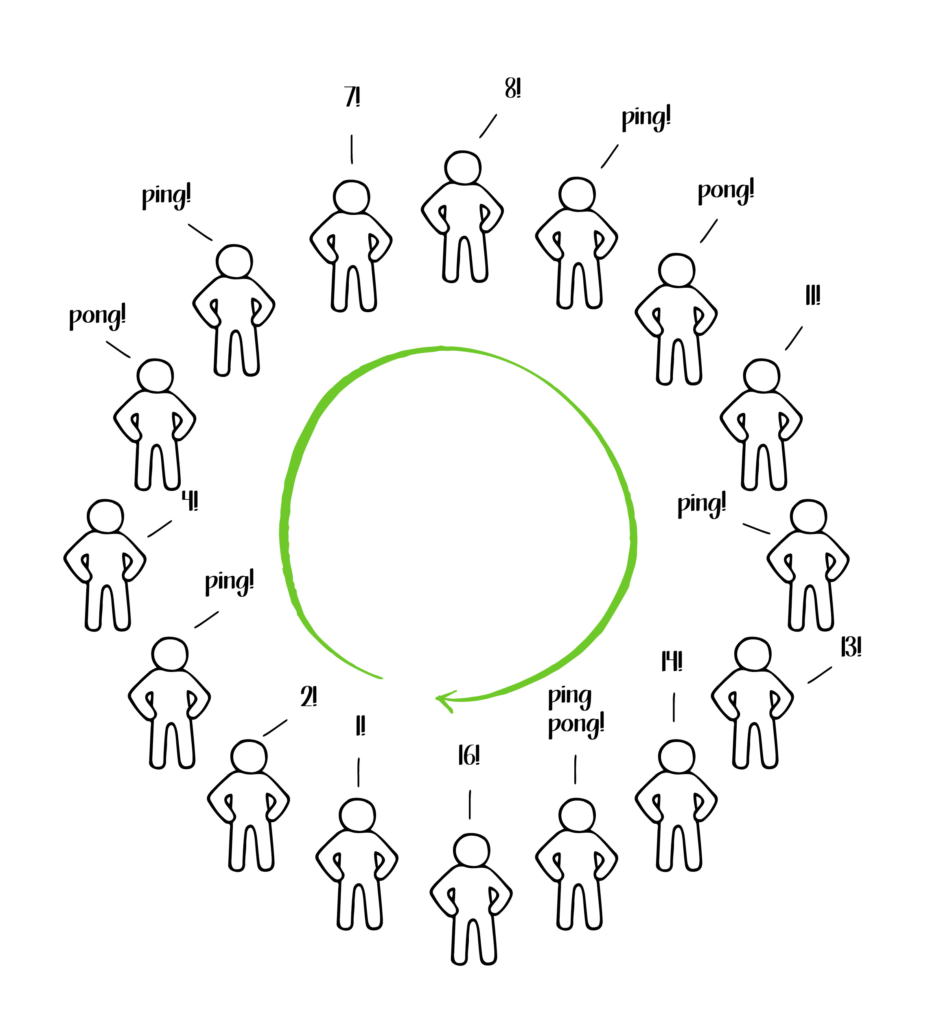 For large groups, it is recommended to remove a person from the circle for making a mistake or erroneously accusing someone. Soon, everyone will be laughing and cheering for the remaining ones.

Remote-team advice: This activity works well for remote teams. Use the communication tool of your preference. After a person says the number, ping or pong, they should also say the name of the next participant.

Punctual Paulo is a quick activity to help team members remember each other’s names. Running the activity: Ask the...

Increment by one is a simple and fun energizer to get some good laughs. It has a subtle message...

The roulette asks is a great activity for people to get to know more about each other. With online...