The RAID activity helps a team have a conversation about risks and issues, assumptions, and dependencies. These are very important aspects, especially when looking ahead and preparing for the future. 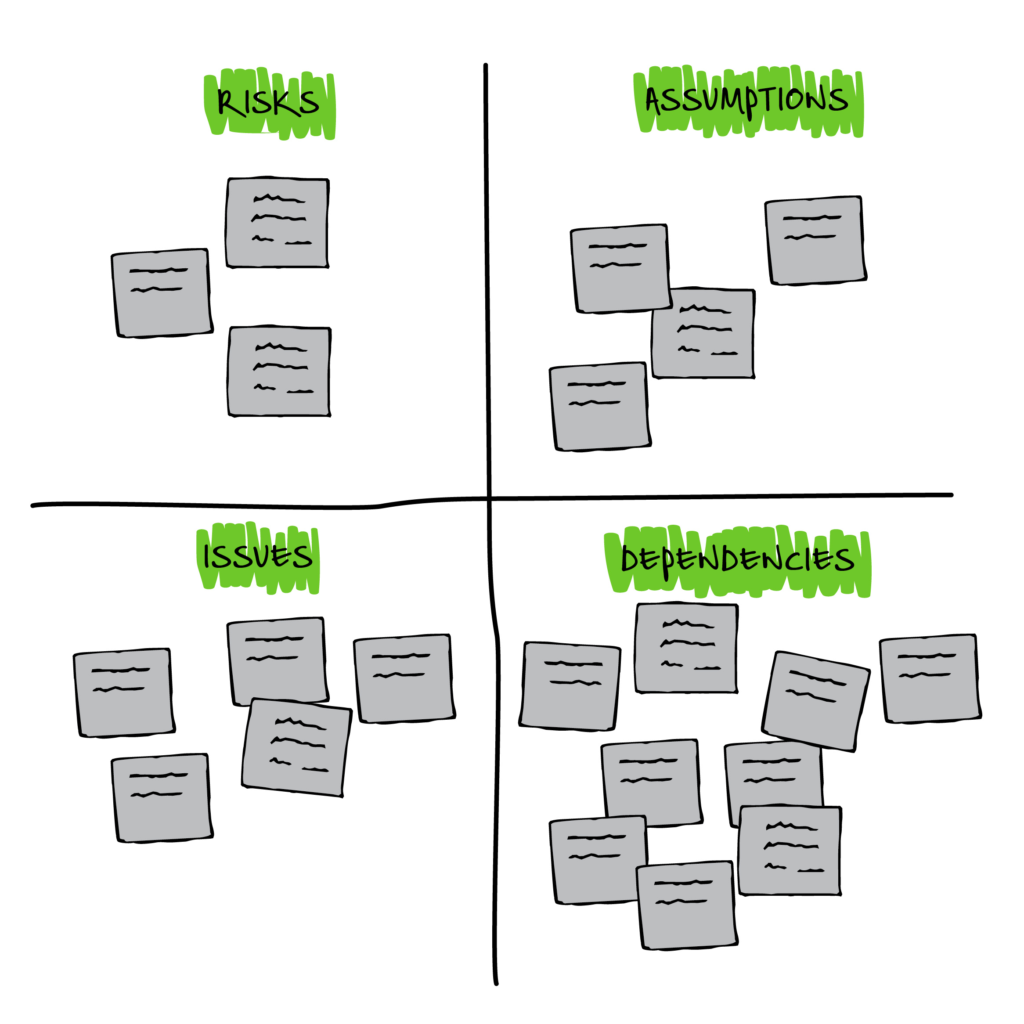 Sometimes, participants will ask about the difference between risk and issue. A risk is something that might become a problem. An issue is already a problem. Another common situation is the feeling that a note might belong on more than one quadrant. In such cases, instruct participants to write more than one note, each one specifically to the quadrant. For instance: (dependency) “integration with system ABC for the Single Sign On feature”, and (risk) “Single Sign On integration effort being much bigger than originally accounted for”.

An open conversation about the four quadrants in this activity brings visibility and alignment to the team, so that it has a higher chance of success in the future.

Three-horizon, or 3Hs for short,  is a futurespective activity to help a team articulate how to manage for current...

This is a great team building activity that focus on creating a common goal. Running the activity: Write the...

Risk Brainstorming and Mitigation is a collective thinking activity to develop the team criticisms, awareness, and responsiveness for possible...