Shock wave is a fun and quick energiser for a large group of people that can form a circle and give hands to each other. 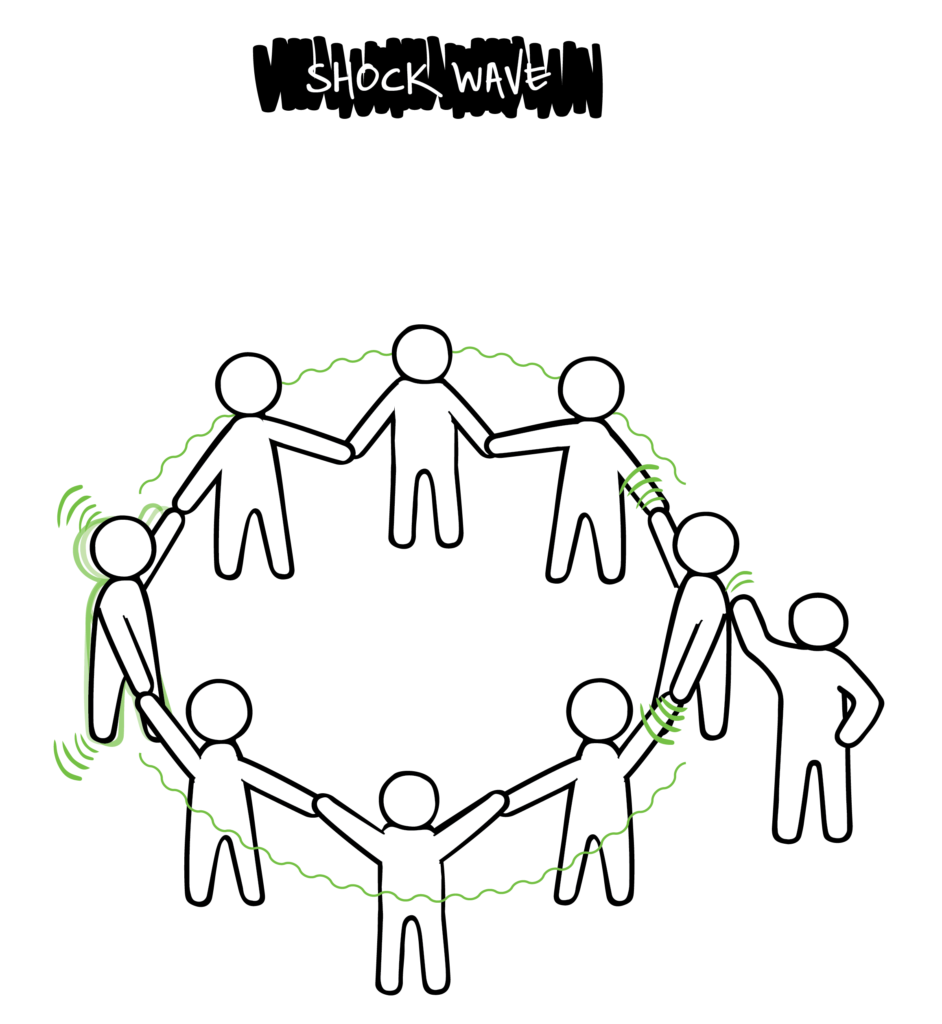 Explanation on the shock wave:

Shock wave is a quick, simple and fun activity, especially if there are a large number of people. If there are too many people, consider having more than one circle.

Find Your Peers is a really funny energizer to get everyone moving and laughing. It can be used for...

The ball asks is a great energizer activity for people to get to know more about each other. Running the...

The roulette asks is a great activity for people to get to know more about each other. With online...