This is a simple and fast activity to measure how participants feel about a session as they leave the room. 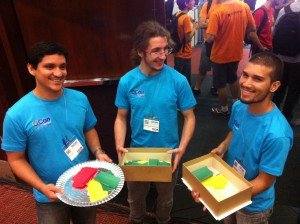 I have learned this activity on the QCon conferences. It is an effective and fast way to collect feedback from a large group of participants.

Below is a photo from a tablet implementation of such activity. I found this photo on the InfoQ article: Key Takeaway Points and Lessons Learned from QCon San Francisco 2012, on the opinions section: ” Jeff Gothelf ‏@jboogie :This is how feedback is collected at #qconsf after each talk. Everyone taps on their way out. Super cool. pic.twitter.com/T0gJ4Khk “. 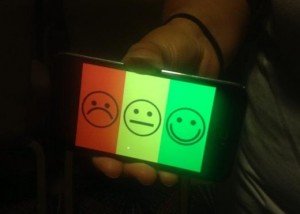 The insights and learning’s activity is really useful for collecting feedback after a dynamic workshop, training, or session. It...

Following up on action items

Following up on action items

Following Up on Action Items is used for organizing an action item list. Lack of accountability for action items...

One word before leaving

One word before leaving

One Word Before Leaving is a check-out activity used to verify everyone’s feelings before closing the retrospective. Typically, it...